Tony Setzer, one of the pillars of the Gardner-Webb’s men’s soccer program during his career in Boiling Springs, N.C., is entering his 33rd season as the Runnin’ Bulldogs’ head coach in the fall of 2020.

The Runnin’ Bulldogs’ career leader in wins with 217, Setzer, has spent his entire collegiate career as a head coach in Boiling Springs, N.C., and has spearheaded the growth of soccer at Gardner-Webb University and throughout Cleveland County.

For the 2019 season, the Runnin' Bulldogs finished with an overal record of 9-8-2 and went 5-2-1 in the Big South, improving upon the previous year of conference play.

The 2018 edition of the Runnin' Bulldogs struggled in non-conference play but went 4-4-0 in Big South play to make the league tournament as the No. 5 seed. The 'Dogs fell to Campbell in the first round of the tournament, but the awards were numerous for Setzer's squad, both on and off the field.

Off the field, Simen Olsen was a United Soccer Coaches Scholar All-South Region Second-Team selection. Additionally, for the first time since 2003, one of Setzer's players was named a Google Cloud Academic All-American as computer science major Brian Stepanek earned that distinction.

The 2017 squad fell one win shy of equaling the 2013 team's total. Setzer's team finished 8-7-2 overall with a 4-2-1 mark in the Big South action. The 'Dogs qualified for the BSC tournament as the No. 5 seed but suffered a 3-0 loss to fourth-seeded Liberty.

The 2013 Runnin’ Bulldogs posted the program’s sixth winning season since joining the Division I ranks, compiling a 9-8-1 overall mark while finishing fourth in the Big South standings with a 6-4 league record. Led by the nation’s leading scorer, Denzel Clarke, the Runnin’ Bulldogs rode a five-match winning streak into the regular season finale with High Point before falling to Radford in extra time in the Big South Quarterfinals.

Setzer’s 2011 team posted a second-place finish in the Big South regular season standings and advanced all the way to the championship game in the Big South Conference Tournament for the first time since joining the league in 2008. The Runnin' Bulldogs defeated High Point for the first time in the program’s history, posted a win at Patchin Field and VMI for the first-time ever and defeated a nationally ranked opponent in No. 20 VCU at the UAB “Soccer For a Cure” Classic

The 2009 team recorded GWU’s first-ever win over an ACC school with a 1-0 win at Clemson in the season opener. The team also had wins over Jacksonville and Liberty, both of which were only the second ever wins over those two teams in the program’s history.

His 2006 team reeled off a 5-1-1 A-Sun record and earned the No. 2 spot in the conference championship tournament. Playing at Stetson University, Gardner-Webb downed the host team by a 2-1 score in the championship match, earning the school’s first-ever bid to the NCAA Championship Tournament.

At UAB in the opening round of the NCAA College Cup in 2006, the Runnin’ Bulldogs’ scored a 1-1 tie and moved on to the second round due to a 3-1 margin in penalty kicks after the two teams’ played two scoreless overtime periods.

Tough schedules are nothing new to Setzer or his team, as the Runnin’ Bulldogs are noted for refusing to shy away from challenges. Over the past 10 seasons, Gardner-Webb has played matches against opponents ranked in the top-15 nationally, including top-ranked North Carolina in 2012 and top-ranked Wake Forest in 2002.

Success is no stranger to Setzer either. In 1998, at the Division II level, Setzer directed the Runnin’ Bulldogs to their first national top-25 ranking, as GWU reached as high as No. 21 in the Division II poll behind a balanced attack and strong defense.

Over his 32 years at GWU, Setzer has coached the top goalkeeper and three scorers in Gardner-Webb history, both single-season and career, and has tutored an impressive 16 All-Americans during his tenure - including 12 Academic All-Americans. He has also coached the 2006 Atlantic Sun Conference Freshman of the Year in Boris Gatzky, two South Atlantic Conference Freshman of the Year honorees in Jurgen Wagner in 1998 and Vince Bueno in 1996, two South Atlantic Conference Player of the Year winners in Jerome Lee Yaw in 1995 and Dennis Puckerin in 1990 and a two-time South Atlantic Conference President’s Award (Best Male Athlete) winner in Edwin Odugba, who won the award in 1994 and 1995 as the league’s top male student-athlete, making him the only Gardner-Webb performer, in any sport, to earn the honor twice.

Prior to joining the Gardner-Webb family, Setzer served as an assistant coach at The Citadel under Bill Barfield. Setzer earned his Master’s degree from The Citadel in 1988.

A 1986 graduate of Lander (S.C.) University, Setzer was a standout goalkeeper for the annually powerful Senators and enjoyed a brief professional playing career with the Columbus Capitals of the APISL before heading to The Citadel.

Setzer, who holds a USSF “A” License, is also the founder of the Runnin’ Bulldog Soccer Academy, and has been a driving force in the youth soccer movement in Cleveland County and, specifically, in Boiling Springs with the Greater Cleveland County Soccer Association. On most Saturdays, thousands of youth soccer players descend on Gardner-Webb University’s campus to compete in league and tournament matches.

Setzer is married to the former Kristen Lott, a four-time All-Conference selection for the Gardner-Webb women’s program in the mid-1990s. The couple resides in Boiling Springs and has four daughters. Madison, Sydney Dianne, Morgan Jeanette and Cadence McRee. 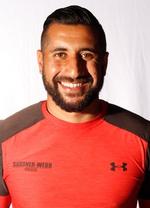 Ali Al-Gashamy is entering his second season as an assistant coach for the 2020-2021 season, prior to he spent the 2017-18 and 2018-19 seasons as a graduate assistant coach with the mens program.

Before he began his graduate assistantship, Al-Gashamy, a native of Kristiansand, Norway, spent four seasons in the red and black.

The 2016 season, Al-Gashamy’s final season in the red and black of Gardner-Webb, saw the ‘Dogs go 4-11-1 overall, but Al-Gashamy was impressive, scoring a team-best nine goals and adding three assists to lead the Runnin’ Bulldogs in points with 21. His nine goals were tied for second in the league. He took 36 shots and placed 21 (58.3 percent) on goal, while scoring three game-winning goals – against Davison, VMI and Presbyterian. He was twice named Big South Attacking Player of the Week and finished his senior season by being named Big South First-Team All-Conference to become a four-time All-Big South selection.

In 2015, Al-Gashamy was tied for second on the team with three goals and also recorded two assists for a total of 8 points. He took 30 shots with 10 being on goal and was named Second-Team All-Big South Conference.

In 2014, Al-Gashamy earned North Carolina Collegiate Sports Information Association (NCCSIA) University Division All-State team honors. In addition to his NCCSIA honor, he was named All-Big South Conference Second-Team and also earned College Sports Madness Big South Second-Team honors. He ranked 45th nationally in points per match and just outside the top-50 in assists per match with 0.55 per game which placed him 51st overall. He led the Runnin’ Bulldogs with seven goals, six assists and 20 total points.

In 2013, as a redshirt freshman, he finished 33rd nationally in assists per game and 45th in total assists with seven, which was a team-high. He had two assists in a season-opening win against Wofford and scored in four straight matches during the year. He was tabbed the Disney Soccer/NCSAA Player of the Week on Oct. 28 and was also named to the College Soccer News National Team of the Week while being selected as the Big South Attacking Player of the Week that same day. Al-Gashamy was named to the NCCSIA University Division All-State and was a First-Team All-Big South Conference selection.

Gardner-Webb Athletics Hall of Famer Dennis “Puck” Puckerin has served in a variety of volunteer roles alongside head coach Tony Setzer over the past several seasons, including a stint as the Director of Soccer Operations over the past seasons.

Puckerin, a 2003 Gardner-Webb Athletics Hall of Fame inductee, has assisted head coach Tony Setzer and his alma mater in a volunteer role for more than 20 years, after playing for Coach Setzer in 1990-1991.

Puckerin, who was a 1990 NAIA All-America Third Team honoree, was also named to the All-South Region 1990 First-Team, the 1990 NAIA All-District 26 Team and was the 1990 South Atlantic Conference Player of the Year.

The 1990 All-South Atlantic Conference First-Team selection led the team in both goals scored and points in both 1990 and 1991 and still holds the Gardner-Webb University Men’s Soccer program record in both single season points with 55 and in single season goals with 25.

Puckerin is third in GWU’s men’s soccer career record books in career goals with 40 and is fourth with 89 career points scored. 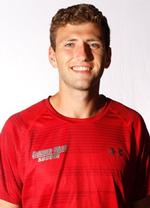 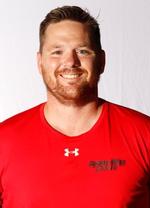